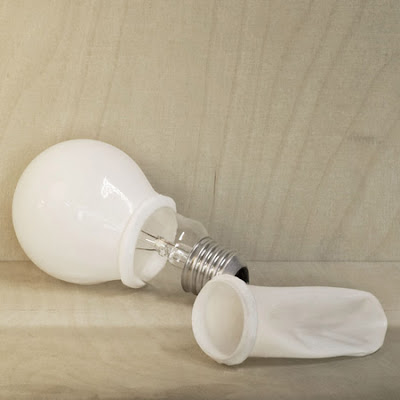 This move is sparking some criticism from retailers who claim that "alternative low energy bulbs are inadequate and expensive." The modern design community is also reacting to this new ban. German lighting designer Ingo Maurer launched something he calls "Euro Condom," in protest against the new European guidelines.

According to Dezeen, "the opaque condoms fit over clear incandescent bulbs - which are not affected by the guidelines - to give a similar effect to the banned bulbs."

Directly from Maurer himself - "The Euro Condom consists of a thin, heat-resistant silicone cover that turns a clear bulb into a frosted one. Frosted bulbs will be banned by the new EU guideline on light sources beginning September 2009, because they are said give off less light than clear bulbs." 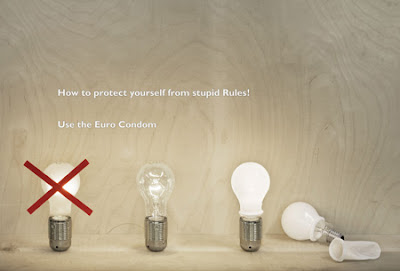 I admire the designer's willingness and ability to take such a public stance, however I think it's good that more countries are moving away from incandescent bulbs in favor of more eco-friendly varieties. I agree though that we need more affordable and better quality options. Lights out until next time!
Diposting oleh lighting.blogspot.com di 03.15