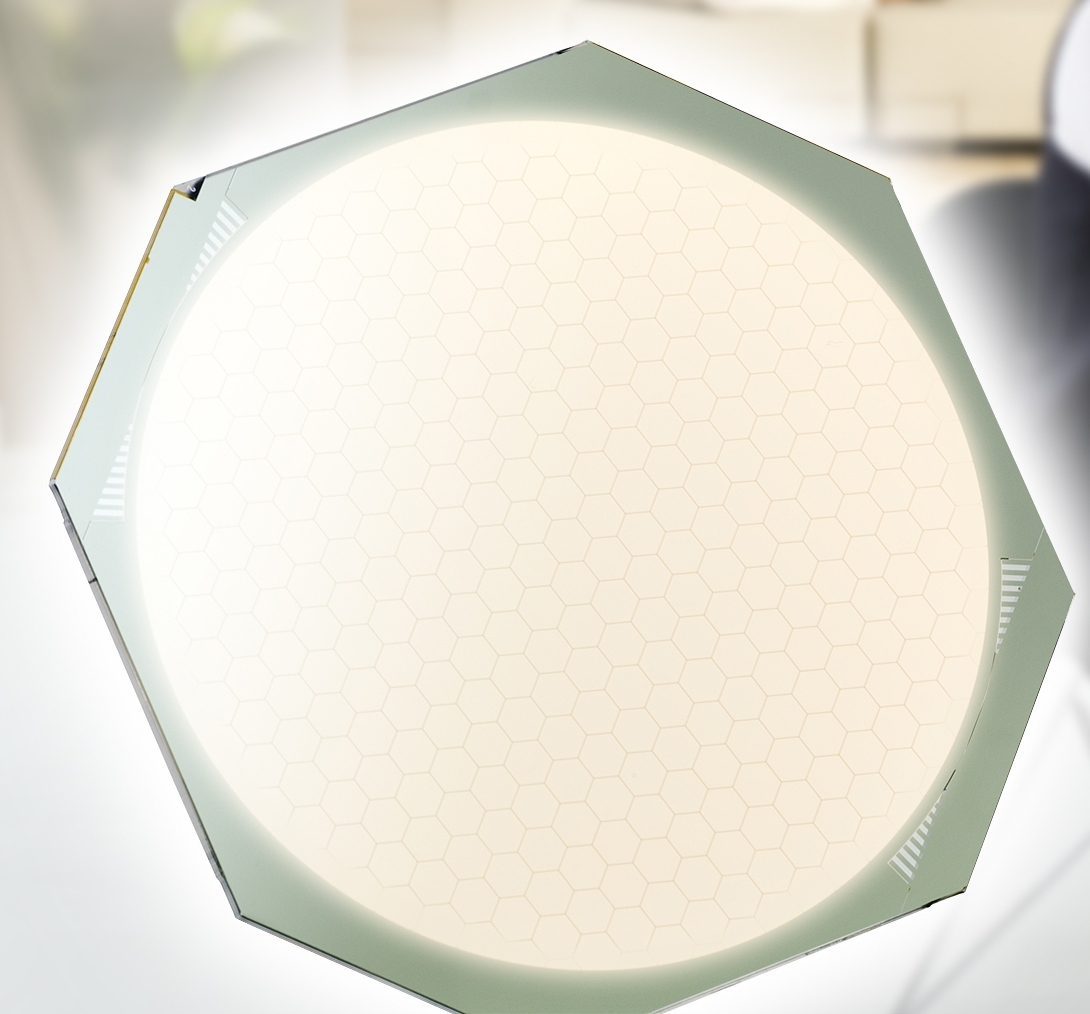 Now that we have a number of OLED lamps of various shapes and sizes, it will be interesting to see if lighting designers respond with creative yet saleable OLED lighting fixtures.
OSRAM have set out their case for OLED lighting in an interesting slide presentation (Note: PDF).  Included in their presentation are several OLED lighting fixture designs (examples below) that were entries in the 2009 PPML OLED design contest.  The PPML OLED design contest provides a useful glimpse of designers’ ideas on applying OLED lighting.  OSRAM’s presentation includes a slide describing their market development outlook for the OLED market for high end to high volume applications from 2009 through 2016 and beyond.  And this is where it gets interesting.

OLED lighting research and development have been ongoing in Europe, the US, and Asia since early in the present decade.  European lighting firms Philips and OSRAM are working in government sponsored consortia with European universities and supply chain participants (BASF, Merck, Applied Materials, Novaled and others) to commercialize OLED lighting and reach mass production scale.  Corresponding efforts have been ongoing in the US under the auspices of the US Department of Energy’s Solid State Lighting Program.  Japan has a number of firms conducting OLED lighting materials and device development with companies including Lumiotec and Konica Minolta planning to begin mass production of OLED lamps in 2010 and later.  Until recently, the South Korea OLED display leaders Samsung and LG have not appeared to be addressing the OLED lighting market.
This situation is changing.  Samsung Mobile Display in 2009 has begun showing lighting prototypes as shown in the photo below (left) from the May 2009 SID conference.  Moreover, LG Chem has also begun to show OLED lighting panel prototypes (below right) and is reported to have plans to begin OLED lighting mass production in 2010 or 2011. 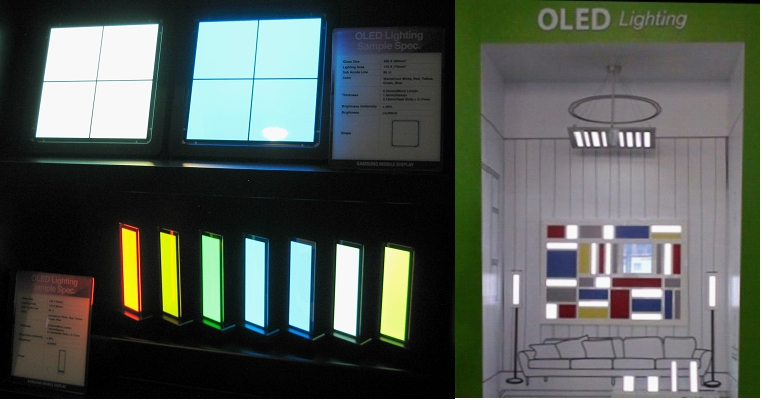